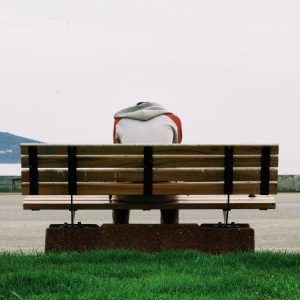 Close to 800,000 people die due to suicide every year, which is one person every 40 seconds. Suicide is a global phenomenon and occurs throughout the lifespan. Effective and evidence-based interventions can be implemented at population, sub-population and individual levels to prevent suicide and suicide attempts. There are indications that for each adult who died by suicide there may have been more than 20 others attempting suicide.

Many methods have been developed in an effort to prevent suicide. The general methods include: direct talks, screening for risks, lethal means reduction and social intervention. Medication may be useful in certain situations to reduce the risk of suicide. Talk therapies including phone delivery of services may also help.

Suicide prevention strategies focus on reducing the risk factors and intervening strategically to reduce the level of risk. Risk and protective factors, unique to the individual can be assessed by a qualified mental health professional.

Some of the specific strategies used to address are:

Psychotherapies that have shown most successful or evidence based are Dialectical behavior therapy (DBT), it has shown to be helpful in reducing suicide attempts and reducing hospitalizations for suicidal ideation and Cognitive therapy (CBT), it has shown to improve problem-solving and coping abilities.

Being aware of the warning signs of suicide can allow individuals to direct people who may be considering suicide to get help.

Postvention is for people affected by an individual’s suicide, this intervention facilitates grieving, guides to reduce guilt, anxiety, and depression and to decrease the effects of trauma. Bereavement is ruled out and promoted for catharsis and supporting their adaptive capacities before intervening depression and any psychiatric disorders. Postvention is also provided to intervene to minimize the risk of imitative or copycat suicides, but there is a lack of evidence based standard protocol. But the general goal of the mental health practitioner is to decrease the likelihood of others identifying with the suicidal behavior of the deceased as a coping strategy in dealing with adversity.